Have you noticed lately while walking in the woods how busy all the chipmunks seem to be? How about all those acorns and pine cones on the ground? These two fall occurrences have a lot to do with each other! 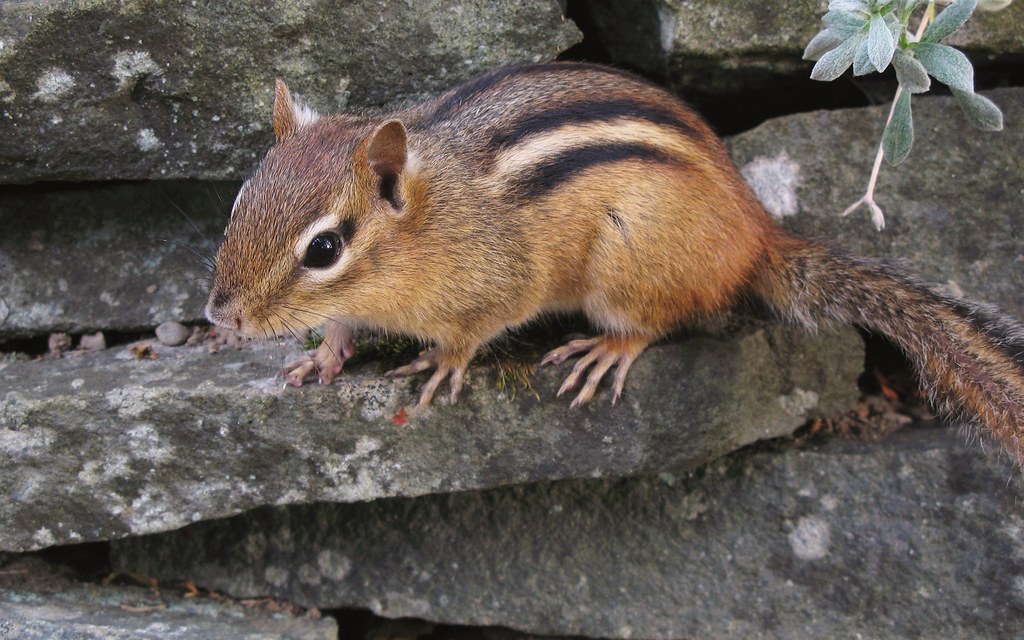 Eastern chipmunks are a familiar sight here in Cape Elizabeth and throughout Maine. The Eastern chipmunk can be recognized by its reddish-brown coat and white belly. It has two dark brown stripes on either side of its back with a white stripe between the two dark stripes, and one black stripe running down the middle of the back all the way to the tail. This coat coloration provides the chipmunk with excellent camouflage for its woodland environment.

The Eastern chipmunk is the smallest member of the squirrel family, measuring only five and a half to six and a half inches in length, with a three- to four-inch tail. It weighs between two and four ounces.

The Eastern chipmunk has inner cheek pouches, which are located on both sides of the mouth, that it uses for food storage and food transportation. This time of year those pouches are getting a lot of use! These little critters are very busy getting ready for winter. Like many animals in Maine, chipmunks are eating and collecting as much food as they can, building fat in their bodies, and storing food in their burrows. During the winter they will go into a state of dormancy, meaning they will sleep during the coldest and harshest weeks of winter but will emerge on sunny warmer days to eat and go to the bathroom. (This is different from animals who hibernate, or go though metabolic changes to “sleep” through the entire winter.) 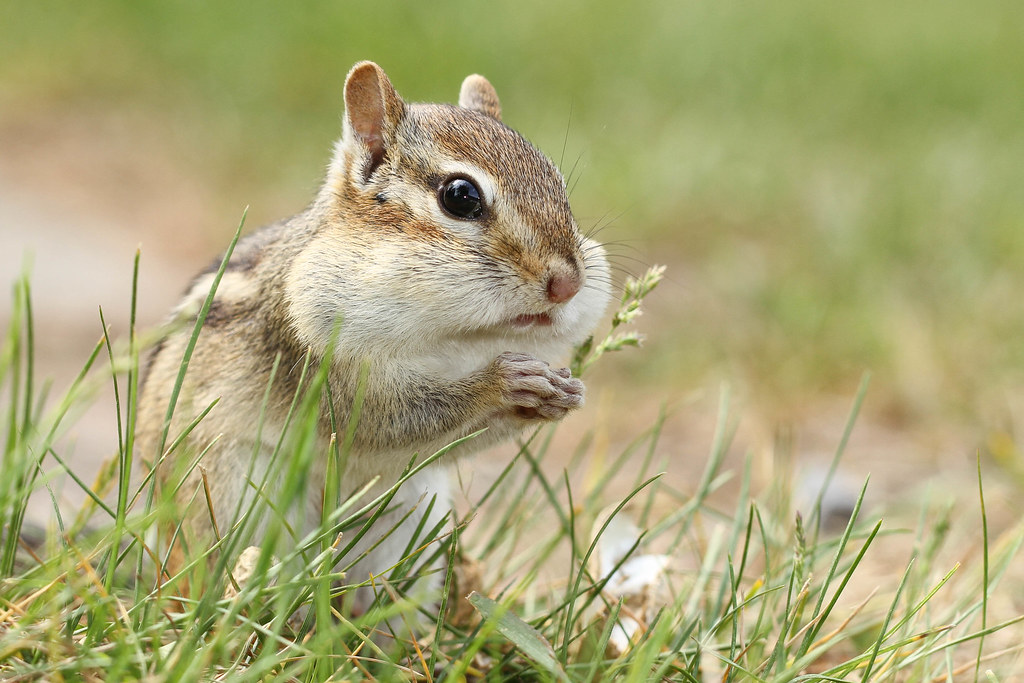 During the warmer months, the eastern chipmunk spends the majority of its day in search of food. It is an omnivore, feeding on both plants and other animals. Its diet can include slugs, insect larvae, earthworms, snails, and butterflies, and it will occasionally eat frogs, bird eggs, birds, and mice. It also feeds on acorns, nuts, leaves, buds, mushrooms, fruits, berries, and seeds. At the same time, chipmunks must avoid being eaten by one of its many predators! Many animals, including hawks, snakes, weasels, foxes, bobcats, raccoons, rats, owls, and coyotes, all find chipmunks a tasty meal.

In addition to being a food source for many larger animals, chipmunks also play a vital role in seed dispersal of trees, plants, and some fungi. They also eat insects, helping to control these potential pest species for agricultural practices.

Next time you are walking on one of the trails, see how many chipmunks you can count and see if you can find any with their cheek pouches filled as they prepare for the winter months ahead.