Here in Maine, we certainly have an abundance of fish! Between the Atlantic Ocean and thousands of freshwater brooks, streams, rivers, lakes and ponds, countless species of fish call Maine home. Among these are a number of cold, clean bodies of freshwater that the Eastern Brooke Trout call home. 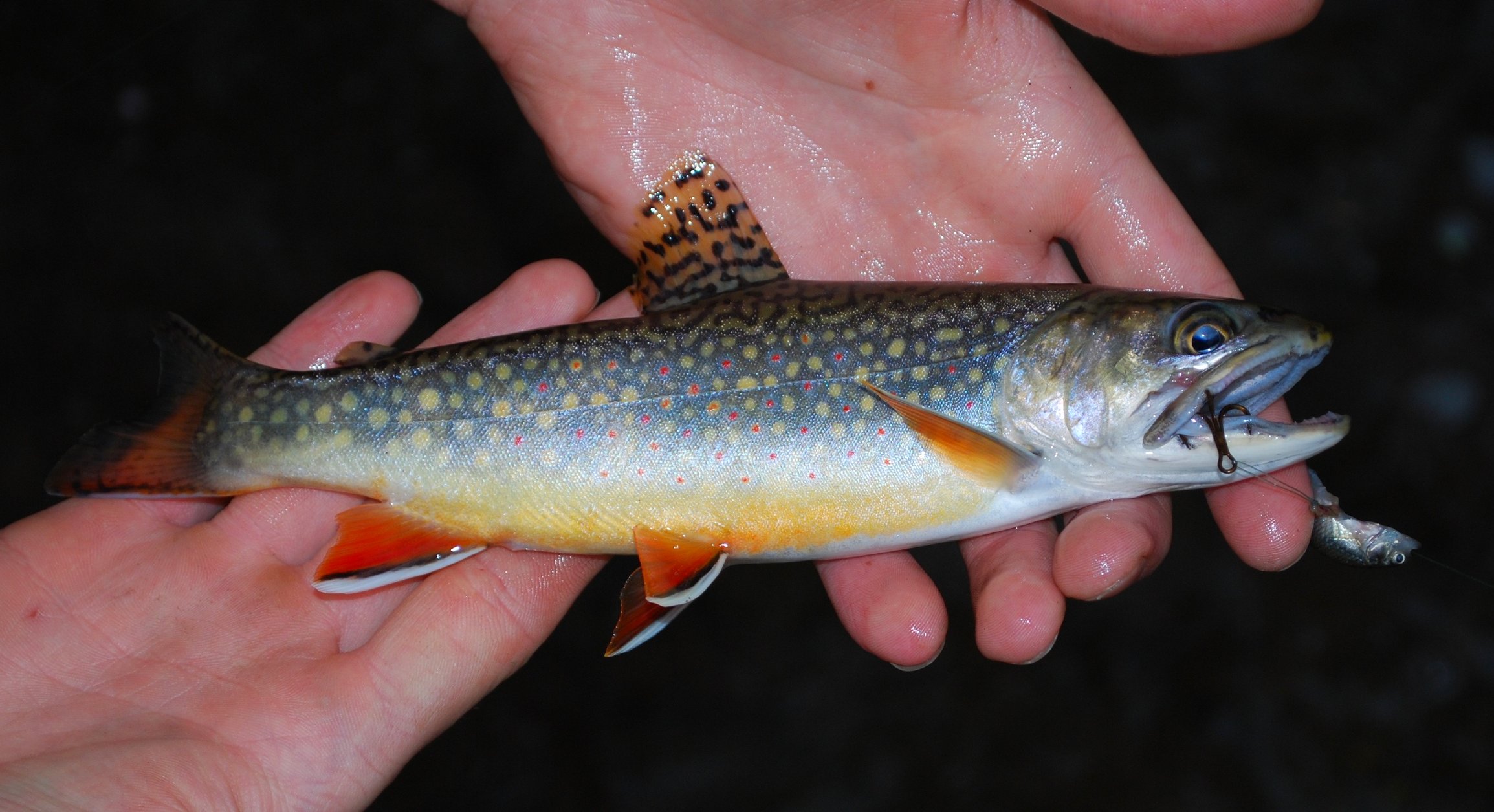 Brookies, as they are sometimes called, are a beautiful fish. Naturalist Henry David Thoreau once wrote that “they glistened like the fairest flowers,” in his book The Maine Woods. Their color is variable depending on habitat, but will usually start with a greenish to olive body and a reddish-orange belly. Their sides are covered in yellow and red spots enclosed in blue circles. Brook trout can be distinguished from other members of the trout family by the dark, squiggly lines on their back and the white leading edges of their fins, including the tail.

A brook trout’s size depends on water temperature, productivity, and food sources. The statewide average length of a 3 year-old Brookie living in a Maine lake is 13.3 inches, with measurements ranging from 7.5 to 17.5 inches in different lakes. Stream populations are typically slower-growing than lake populations, and some high elevation trout populations mature and reproduce at lengths smaller than 6 inches.

Maine supports the most extensive distribution and abundance of wild brook trout in their native range within the United States. These populations are found throughout the state, but are most prevalent in the interior highlands. The cooler region provides optimal conditions for this cold-loving fish, as well as fewer competing, non-native fish species than are found in the southern and coastal parts of the state.

Young brook trout feed on plankton, then move on to insects as they grow. Adults feed on a wide range of organisms including leeches, insects, worms, crustaceans, and smaller amphibians and fishes. Brook trout have a limited number of predators to worry about, but they may be eaten by herons, eagles, kingfishers and the occasional otter or snapping turtle.

The greatest threats to our wild brook trout are from illegally introduced predator fish and fish stocking programs. Over the years, many big, voracious predator fish such as pike and bass have been introduced illegally into forested, cold mountain streams that flow through idyllic trout habitat. These fish prey on and compete with wild brook trout. Once introduced, this process is almost impossible to reverse. Stocking programs are another threat to native trout, as they can result in hatchery-raised trout competing with wild populations and inadvertently modifying the gene pool. Programs like Trout Unlimited and Maine DIFW are constantly working with anglers to strike a balance between supporting sport fishing and protecting native species.

I find it fascinating to imagine just how much is going on below the surface of any body of water here in Maine. There is a whole world to discover!